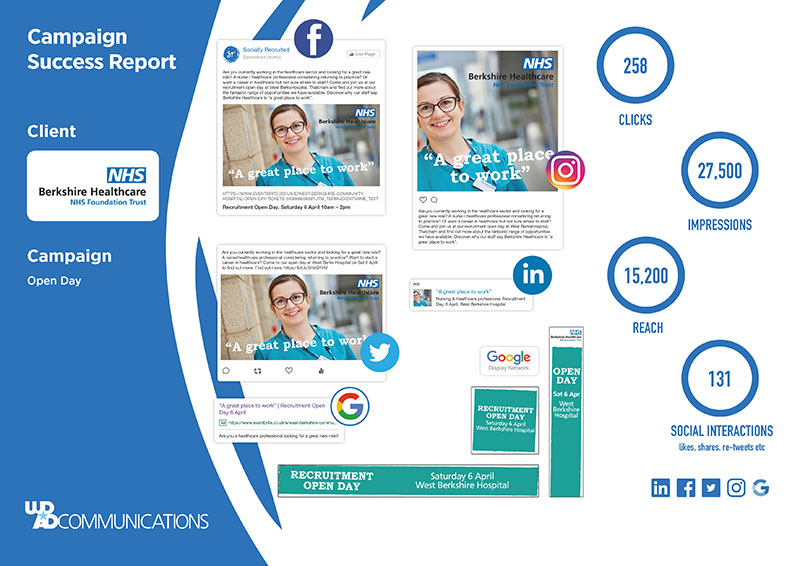 The is a new product that uses technology to target, reach and attract talent across social media and other digital channels. It targets passive jobseekers with job ads based on their online behavior, reminds candidates about the job via Google Adwords and retargeting, and enables recruiters to reach talent at every phase of the recruitment funnel.

Automated technology accesses hundreds and thousands of apps and vast majority of websites including YouTube, Facebook, Instagram and Google. The technology automatically decides where, when, and how to advertise jobs based on peoples’ online behaviour. Every campaign is measured so you can see the results and ROI.

The entry level campaign option runs for up to 31 days and includes:

We’re already seeing some great response levels with campaigns running for a host of clients for different roles at different levels of seniority including apprenticeships, engineers, sales people and nurses. The example campaign for Berkshire Healthcare NHS Foundation Trust reached over 15,000 targeted respondents in a defined geographical area and resulted in nearly 270 clicks through to the job advert itself. More crucially still, the Trust reported almost 130 people turned up to the Open Day itself which was a phenomenal upturn on more traditional campaign approached.